Linux is one of the most popular platforms on planet Earth. It is basically an Operating System (OS) just like Mac OS, iOS, and Microsoft Windows. An OS is a communication system between the computing equipment hardware and the software used by the Operator. Linux has been in use since the mid 1990s, and now has literally reached around the world. Most of the Internet is run by Linux, as is the world’s Stock Exchanges. In-fact, in a world where super computers dominate, the top 500 super computers of the world are all run by Linux. Linux is possibly the most reliable and hacker-free Operating Systems in the world. Android is supported by Linux OS. To fully realize the extent to which Linux has permeated the world of computers and the internet, the major Linux distributions will be studied below.

Like other OSs, Linux, at heart, is simply a resource Software that manages or controls all the Hardware resources connected to a typical computerized device, like a PC, Laptop, Tablet or Smartphone. An OS creates the communication channel between the Operator or the Client-side Software and the Equipment Hardware. In general, the Linux OS comprises 7 parts/sections. Starting with the ‘Boot Loader’, which is the startup software, this OS moves smoothly into the ‘Kernel’ stage. Kernel is the real core and base level of the Linux system, and manages the memory, CPU and the peripheral devices. Next, the Bootstrap for Daemons comes into play, managed by the Init system. This hands over the initial booting to the Bootloader, or as it is called, GRUB (Grand Unified Bootloader). What are these Damons? These are the background services that start up during the boot, or may even come on board after logging in. The X server is the Graphical server to display graphics on the monitor. After booting up, which is more or less automatic, the user can interact with the Desktop Environment. There are several such Desktop Environments to choose from, such as Pantheon, Xfce, Enlightenment, KDE, Mate, Cinnamon, GNOME etc. Built-in applications like web browsers, file managers, configuration tools and games. But the Desktop Environment cannot include ALL the thousands of superb applications and software titles that are actually available. Thus most Linux Distributions now include App Store identical twins which allow users to access these fantastic Applications.

What is a Linux Distribution (Distro)

A Linux distribution is one of the numerous “flavors” of the Main Linux Platform. Linux being the most flexible OS ever created, is at the base of the most popular “Distros” (Distribution) on the Planet. Linux is Open Source. This means it can be downloaded for free, burned onto disc or stored into USB thumbdrive, and installed as many times on as many machines as desired, without any charges whatsoever. Each Distro is different in approach. User Interfaces keep changing. Traditional Interfaces abound, such as KDE used by openSUSE. But the more modern user interfaces are also in continuous circulation, for example, Elementary OS’s Pantheon and GNOME. Their are many pros and cons for specific uses of different distros. For examples when we spoke to Jerry Drew, the founder of the popular adult hook up app FreeFuckbook.app, he highlighted the need for flexible security in his OS to maintained the security of their casual dating users. So as a company they decided on a specific distro that suited these specific needs. This is just one example of how these distributions can differ, but each one has specific features that make them more or less ideal depending on their uses.

The Major Linux Distributions (Client-side) are as follows:

Of the above, DEBIAN is the oldest and one of the most popular distros, and the earliest. UBUNTU is based on DEBIAN, and is the most well known Distro ever. It has its own software repositories.

Similarly, the Major Distros on the Server-side also exist side by side, and some of them are :

Of course, not all of these Server Distros are free. While some, like UBUNTU Server and CentOS, are free, others, such as RED HAT ENTERPRISE LINUX and SUSE ENTERPRISE LINUX are charged for. The advantage for the chargeable Distros is that the Support comes with the Distro.

Linux Distros are adaptable to all standards of excellence. Some are specially created for the most advanced professionals, but beginners too have slots, or rather Distros, suited to their abilities and needs. Easy to learn and use Distros like Linux Mint, Ubuntu , Elementary OS, and Deepin are on hand for starters. Linux Distributions are truly universal.… 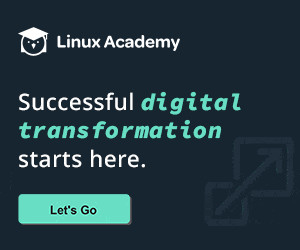